For many of us, the most fun that we can have in a car isn’t even in real life. Video games have allowed car culture to grow nearly more than anything else. Much of that growth and excitement should be credited to the digital artists who bring those virtual automotive experiences to life. Karol Miklas is an extremely talented digital artist who builds virtual cars. What Miklas is able to do is astonishing, he doesn’t just get the details right about his cars, he tells a story with them. Each of them is a character.

In this interview Karol tells us a little bit about his love for cars, what they mean to us, and how he got to where he is today.

"[Cars] are a good representation of who a person is: they can portray a character, ambitions, desires..."

Tell me a little about yourself, where you’re from, your schooling, background.

I read in your 80level interview that you became fascinated with cars because your dad worked at a dealership. What about cars did you fall in love with? Why do you think we as humans love cars so much?

I believe they are a good representation of who a person is: they can portray a character, ambitions, desires, needs, affordances, how people see themselves and how they want others to see them, and how much they actually care about all of those things.

It doesn’t matter if it’s a car, or a bicycle, a plane, or a train, if one owns it or just uses. It shows what we care about and our choices are, where we need to move something or someone. It’s a medium that sends a message to others, both consciously and subconsciously, whether we care for it or not.

For enthusiasts, cars are like practical art: It’s appreciated, especially when it’s being used or praised for intrinsic reasons. It can be the car itself, or the way it’s used, or where it’s used. One may love the form, another one finds fulfillment in driving or discovering new places.

On the other hand, a vehicle is a utility tool of the highest importance. Historically, cars, and other similar transportation systems, could be called the main thing that allowed humanity to progress, both on a small - local - and a larger - global - scale. Without the ability to transport more than we humans can carry, or get to places in a reasonable time we’d be still stuck in the same place - both literally and progress-wise. So much of our world depends on transportation. 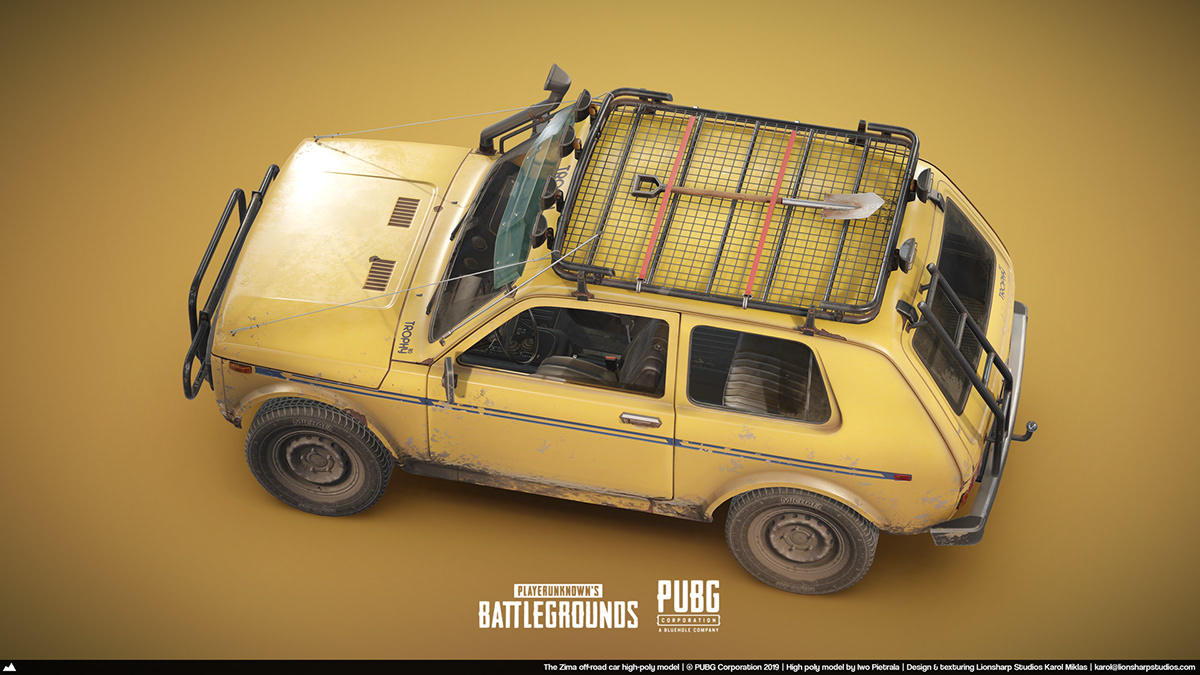 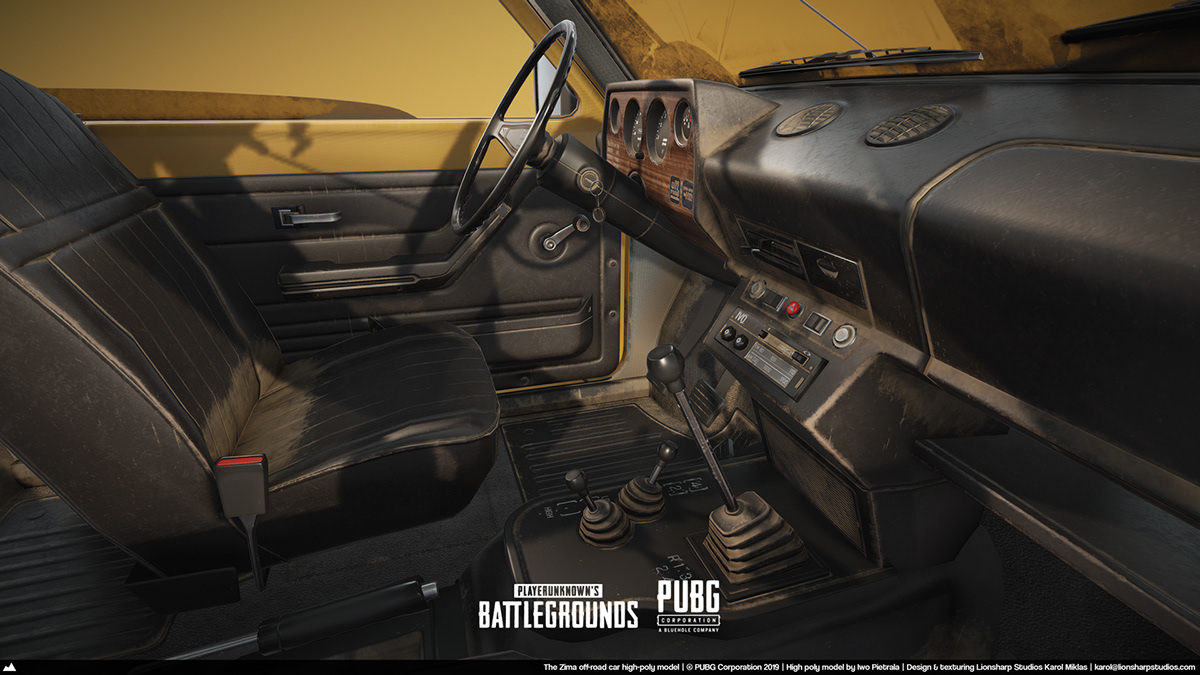 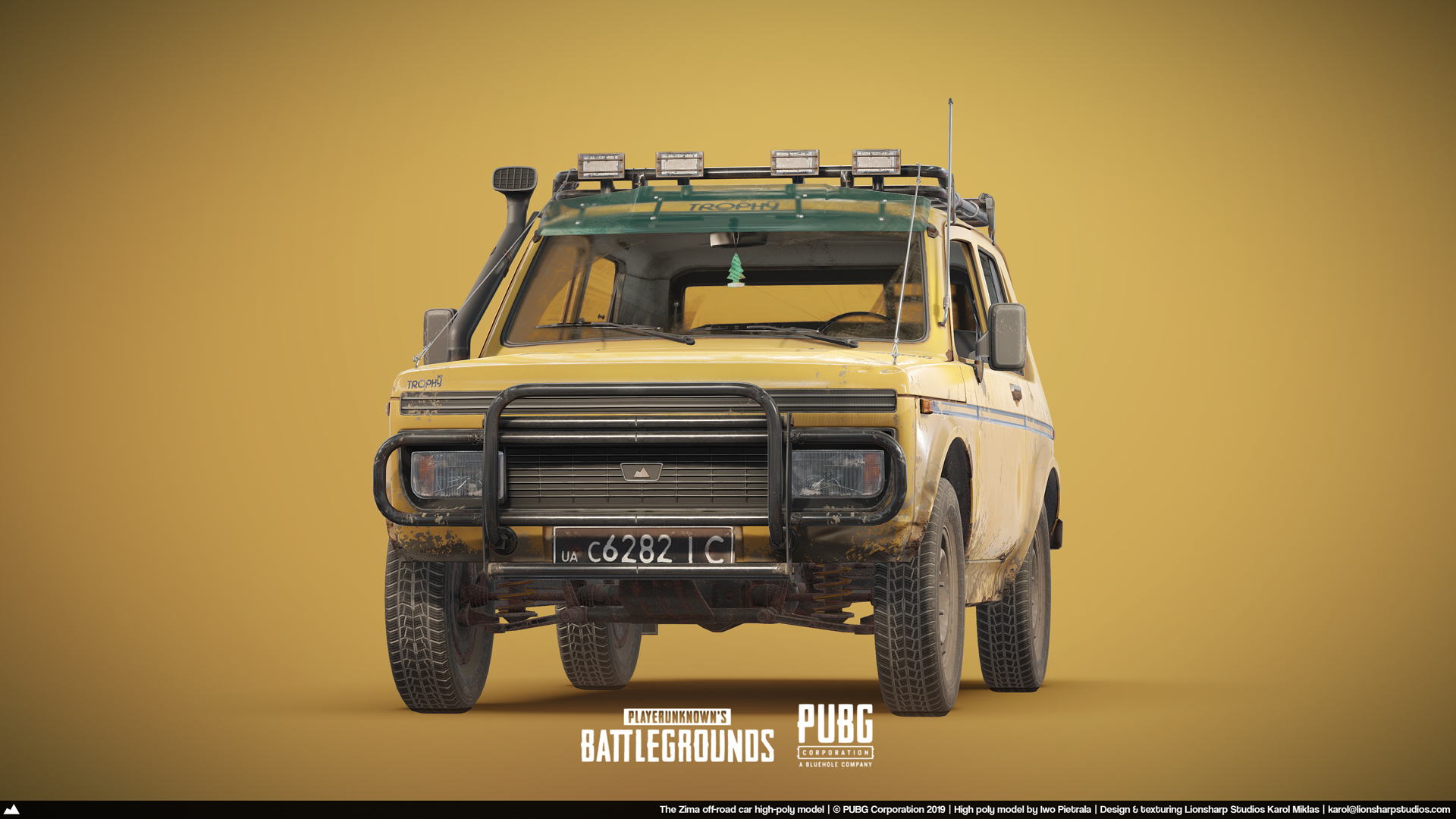 What are some of your favorite cars in real life?

Since I learned about Tesla vehicles - which became my favorite - and got to drive a few other electric cars I really got into EVs.

I love their simplicity of the design, while still being high tech in areas that put cars further technologically (ex. autonomous driving). Never been a fan of traditional cars in their mechanical aspect, not really loving the combustion engines for their complexity. Too much of a hassle to maintain them and too complicated for what they provide. Not to mention the environmental impact.

Strictly in terms of exterior-design I could point out a lot of cars. Hard to pick only a few, as I believe many vehicles have their originalities which they could be praised for. But certainly I prefer the styling of older cars over the modern ones.

From your website I can see you’ve worked for a lot of different well-known clients from Tesla to PUBG. But most of your work has been in the gaming industry correct?

That’s correct. I started professional work in the game development industry around 10 years ago (2010), on-site at studios between 2013-2018, and since 2017 I run an outsourcing company - Lionsharp Studios.

What are some of your favorite car games? What games have the best cars?

That certainly would be the GTA series. I love how they manage to achieve realistic visuals, while keeping the characteristic attributes of vehicles that were the inspiration. I’m not really a fan of simulator or racing games.

Advertisement
Get BLICK Free Shipping on orders of $59 or more! Exclusions apply. 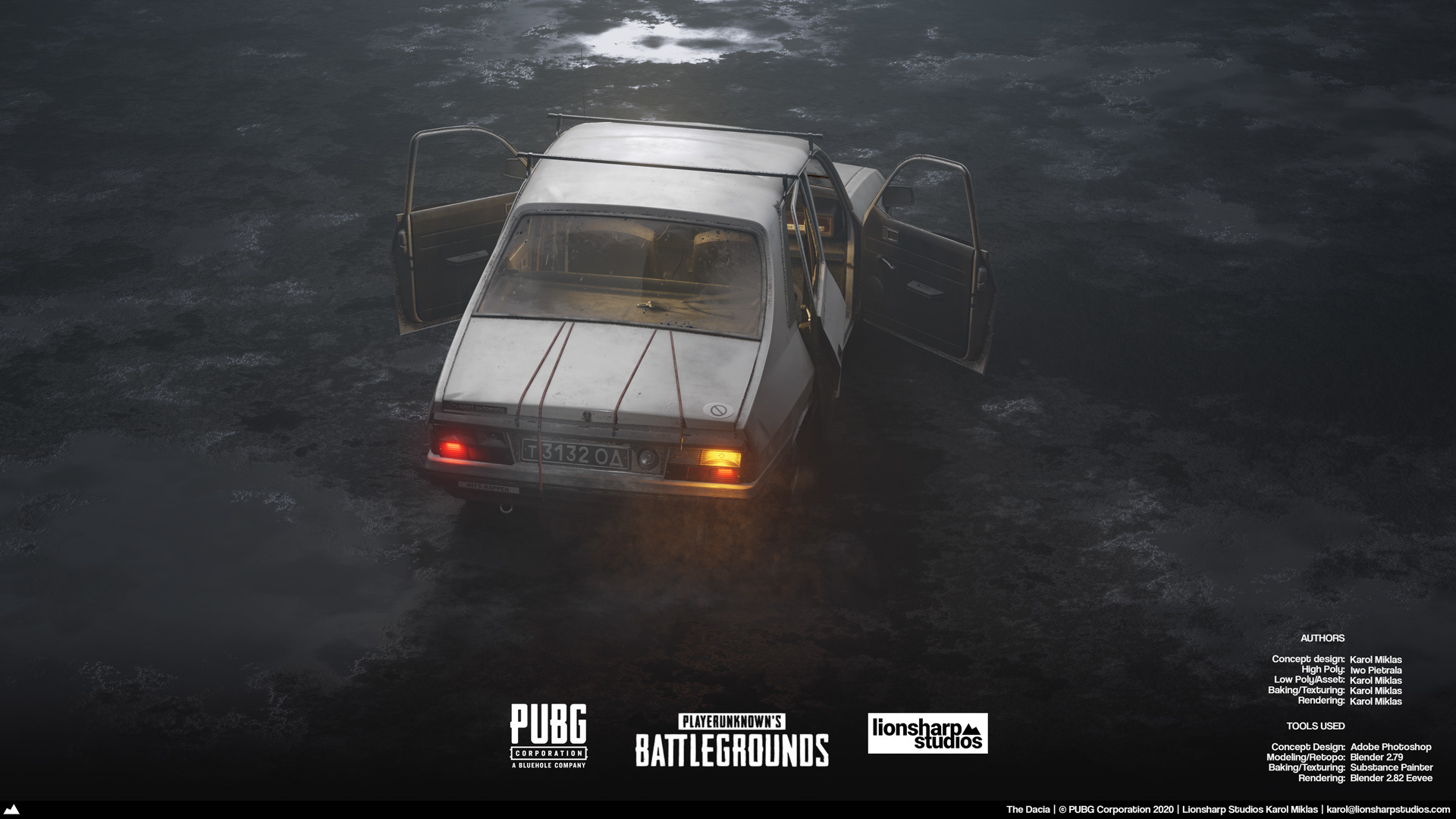 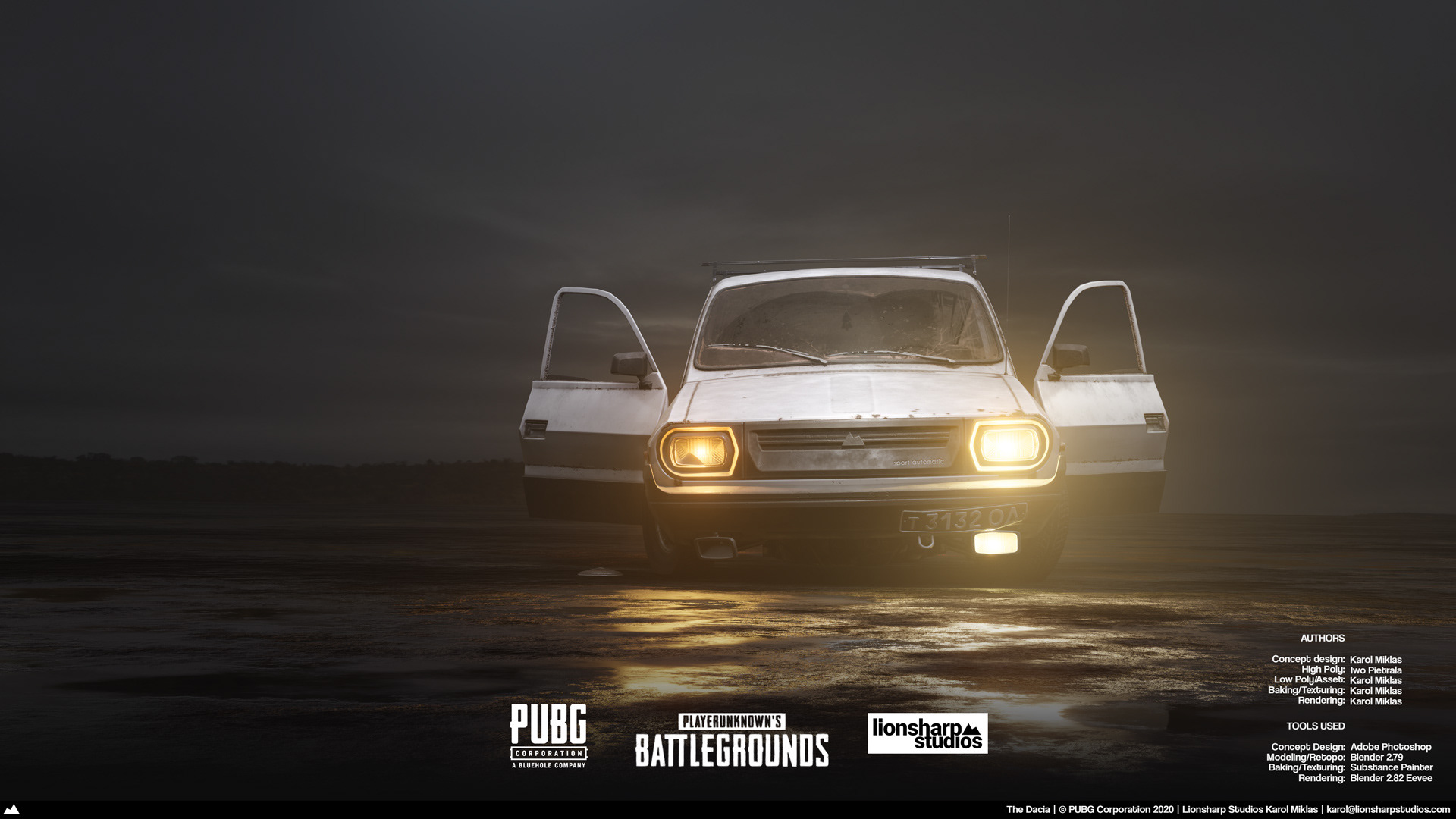 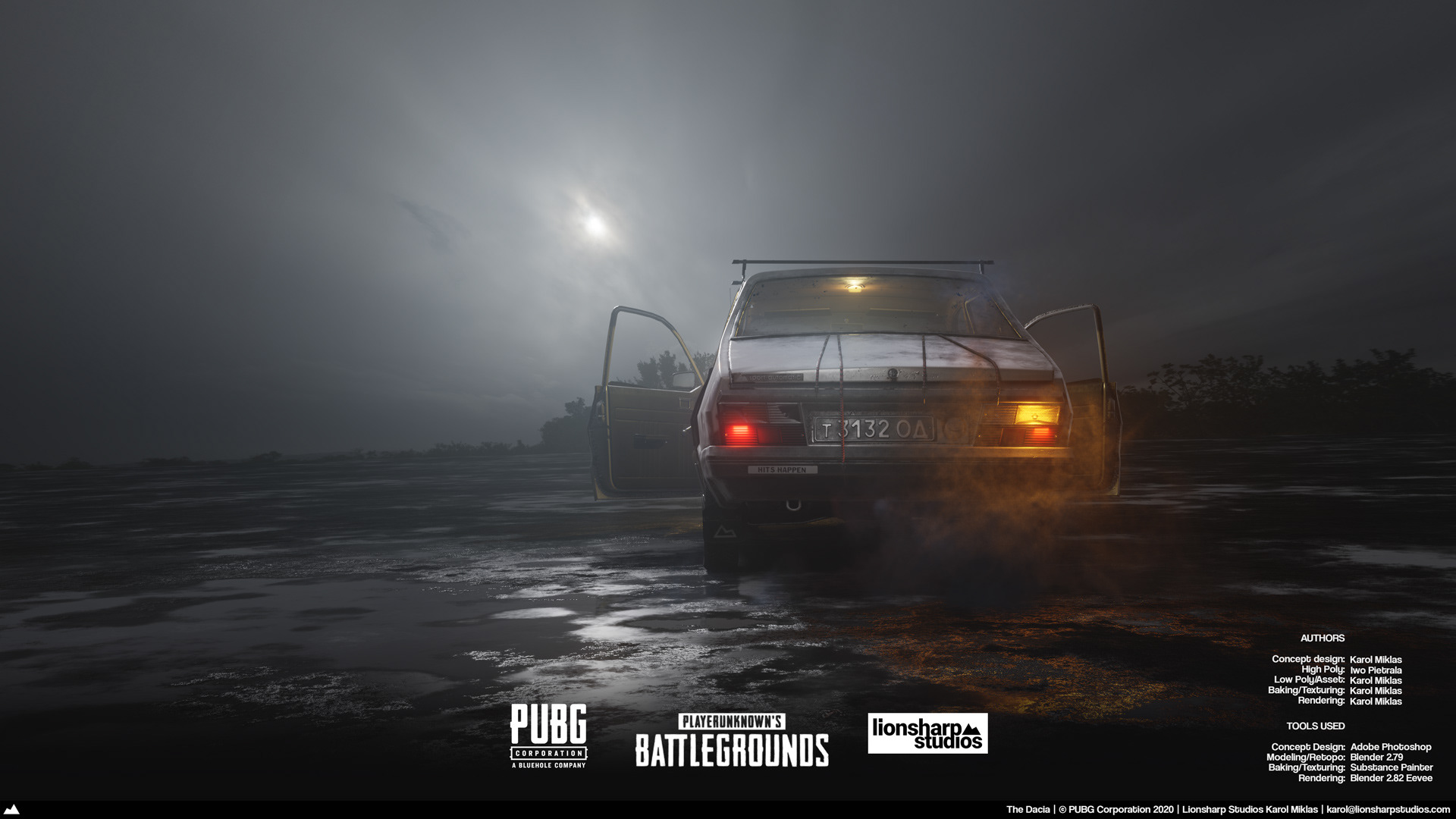 What role do they play in video games?

This I’d say depends on a game: their usage varies from being a background piece, through a playable, disposable travel asset, to the main character’s best companion.

You’ve even gone as far as making a game yourself (that’s beautiful I might add). What did you learn from that process?

Well thank you! I made it in a team of two, with Dariusz Pietrala (Unity developer, publisher). I was responsible for the art part myself.

The main lesson I got from it: it’s hard to find a balance between getting emotionally attached to your work and being able to objectively evaluate it. It’s always a struggle to decide where I am on that spectrum.

Certainly it’s impossible to achieve good results without any of those. If you don’t get emotionally attached to your work, then how much do you care for it, or what it represents? Then if you’re not objective enough, you might overlook the actual quality of what you’re making.

It’s good to come back at it at waves: make something, let it mature a bit, rest a little. After a while you’ll notice more to it. You will be able to get some self-feedback, make necessary changes.

Another thing is work management, self organization, self discipline. A large project requires a lot more work, than only the pleasant bits. It’s not always making art. The game has to work and what you make for it needs to be consistent, it has to meet certain requirements, be prone to changes, and made within deadlines. The better the planning skills, the more efficient that part is. 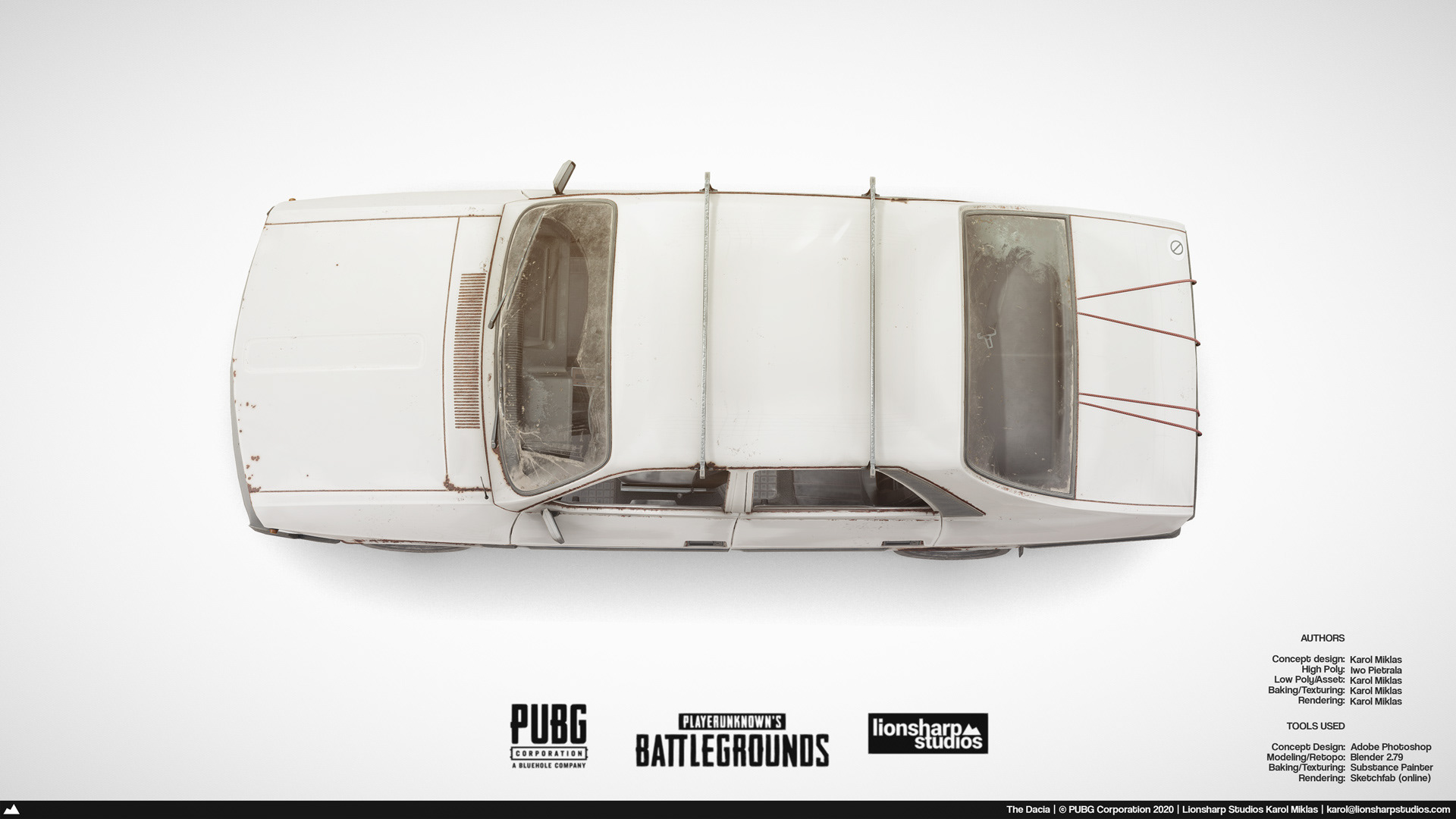 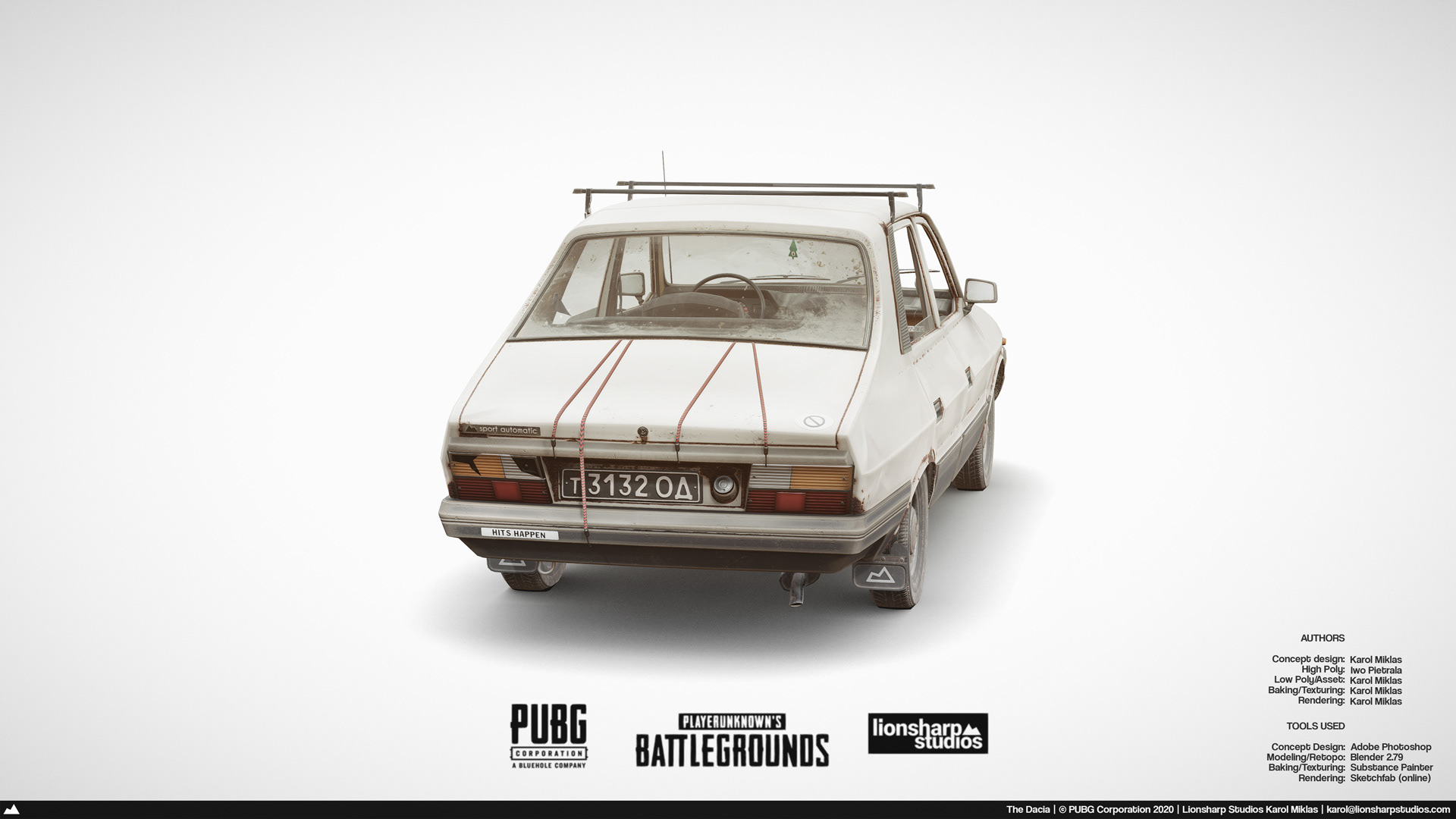 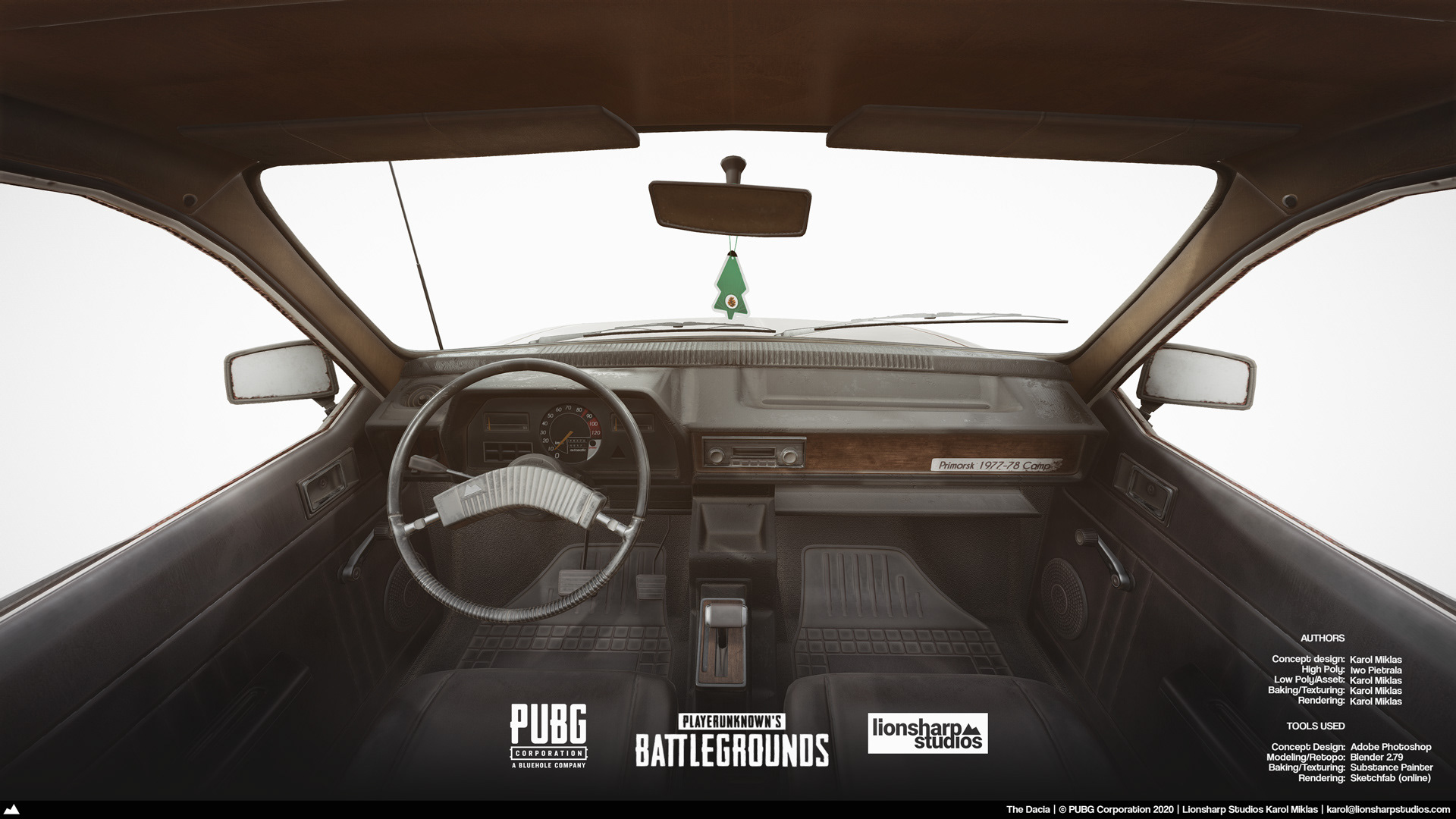 What would you say are the basics of automotive design?

When creating a car, the crucial things would be understanding the target/destination, possibilities (technology, budget, time), legacy (technologically, stylistically), the process as a whole and what part of it we are. One (or team) has to know what can be done, what needs to be done, how and when. Of course there is way more to it than that and in reality it’s a large team effort.

Only when you get a clear picture of what’s possible and what’s needed, then the process can start. It applies both to the automotive industry, and the game development - but the level of complexity and resources required vary a lot between those areas.

What are some key parts to making a car look good?

Understanding who your target audience is. There’s no universal recipe for that, there always will be people who love it or hate it, but trying to define it always helps to narrow the design choices.

On the technical side - without an eye for proportions, details, without understanding technical fundamentals of a car, material properties and the environment - no matter if it’s a real car or a cyberpunk-ish vehicle with imaginary constraints - the final design will be objectively flawed. Those are fundamentals that one needs to have constantly in mind and question their design.

Could you walk us through your process of designing a car?

In addition to all the aspects mentioned above, it is an iteration-heavy process. Changes occur all the time, small adjustments are made, verification with references, and more similar processes. It’s a matter of making it good enough in a given time.

Sometimes it requires more time spent on research and preparation than on the actual 2D/3D work. Knowing what to do and how is equally important as making (execution).

Other than above I don’t have a strict way of designing or modeling a car, it’s always tailored to the current situation.

CAption
Miklas went so far as designing his own game alongside Dariusz Pietrala. The game #DRIVE is a beautiful "endless driving" game where you play as the car. 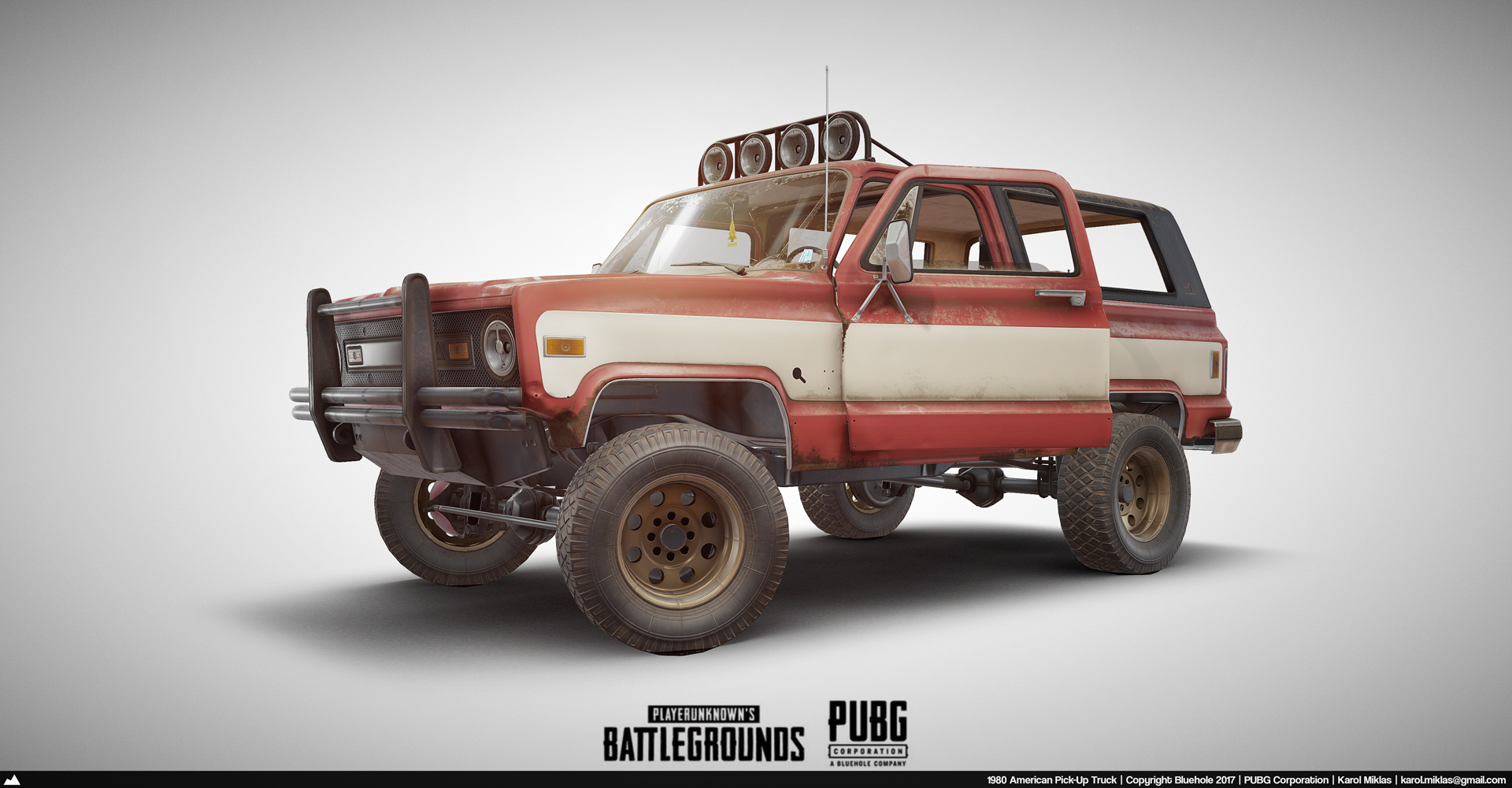 caption
"The Pickup", which can be found in the "dusty Desert" map in Pub G 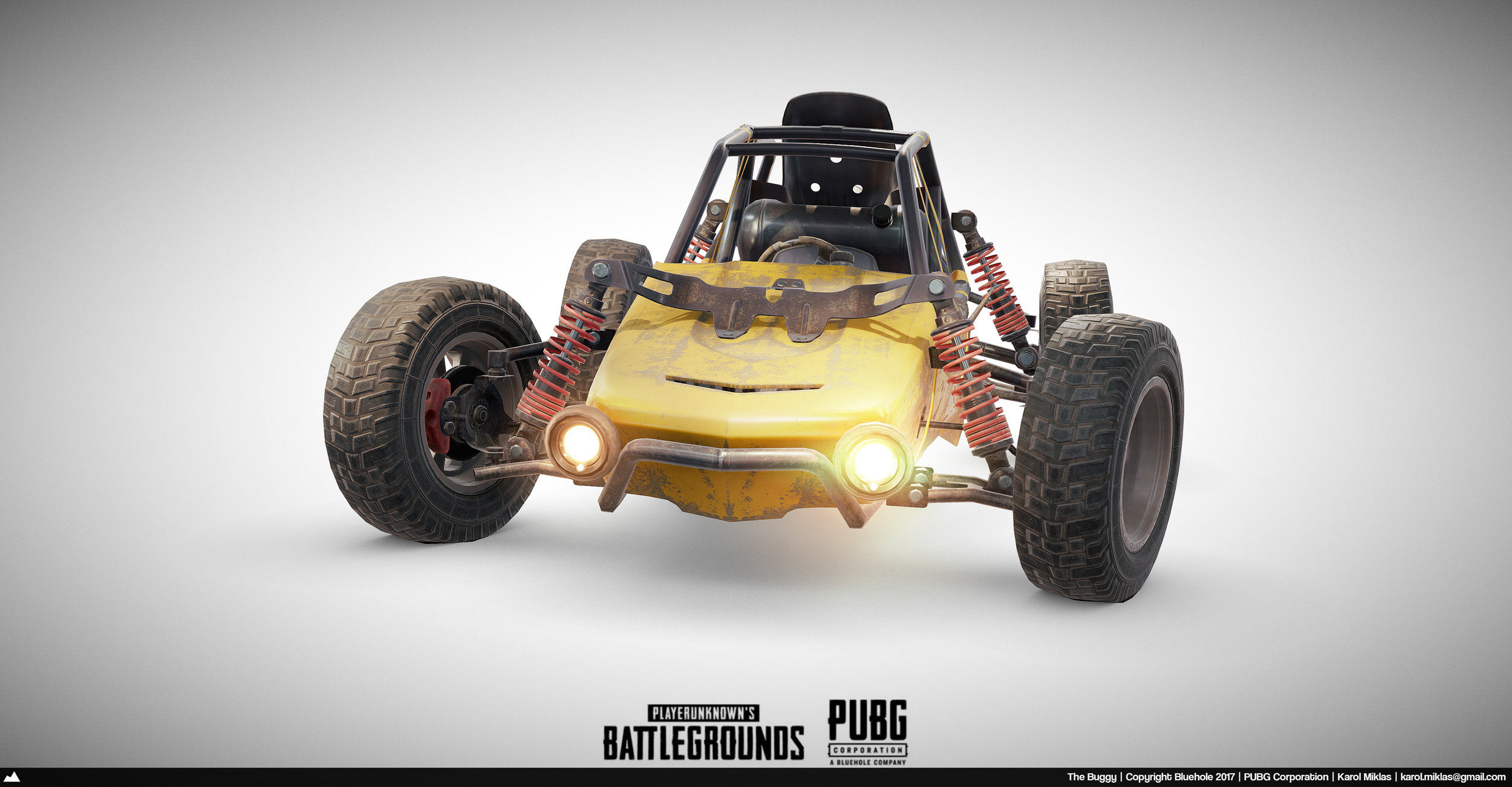 Caption
The "Buggy" which is perhaps the most notable of PUBG Vehicles was also one of the first Miklas modeled.

Lastly, are there any words of final advice for someone who’s looking to follow in your footsteps?

Strive to understand the making process of things you’re trying to (re)create. The more basics you learn, the more knowledge you gather, the more connections between facts and ideas you will make, the better your design will become. Understand what you’re making, why you’re making it and for whom.

Even if it’s creating a car or any other asset for a game, aim for making it hypothetically realistic (believable), even though it’s very often overlooked for the sake of only flashy execution.

The more you understand about how it’s built and designed, the less problems you or your team will run into - characters that don’t fit inside, suspension that would never work, or ‘toy looking’ just to name a few. You might not get an applause for it, but it doesn’t matter - the joy of creating something of good quality is way more satisfying. 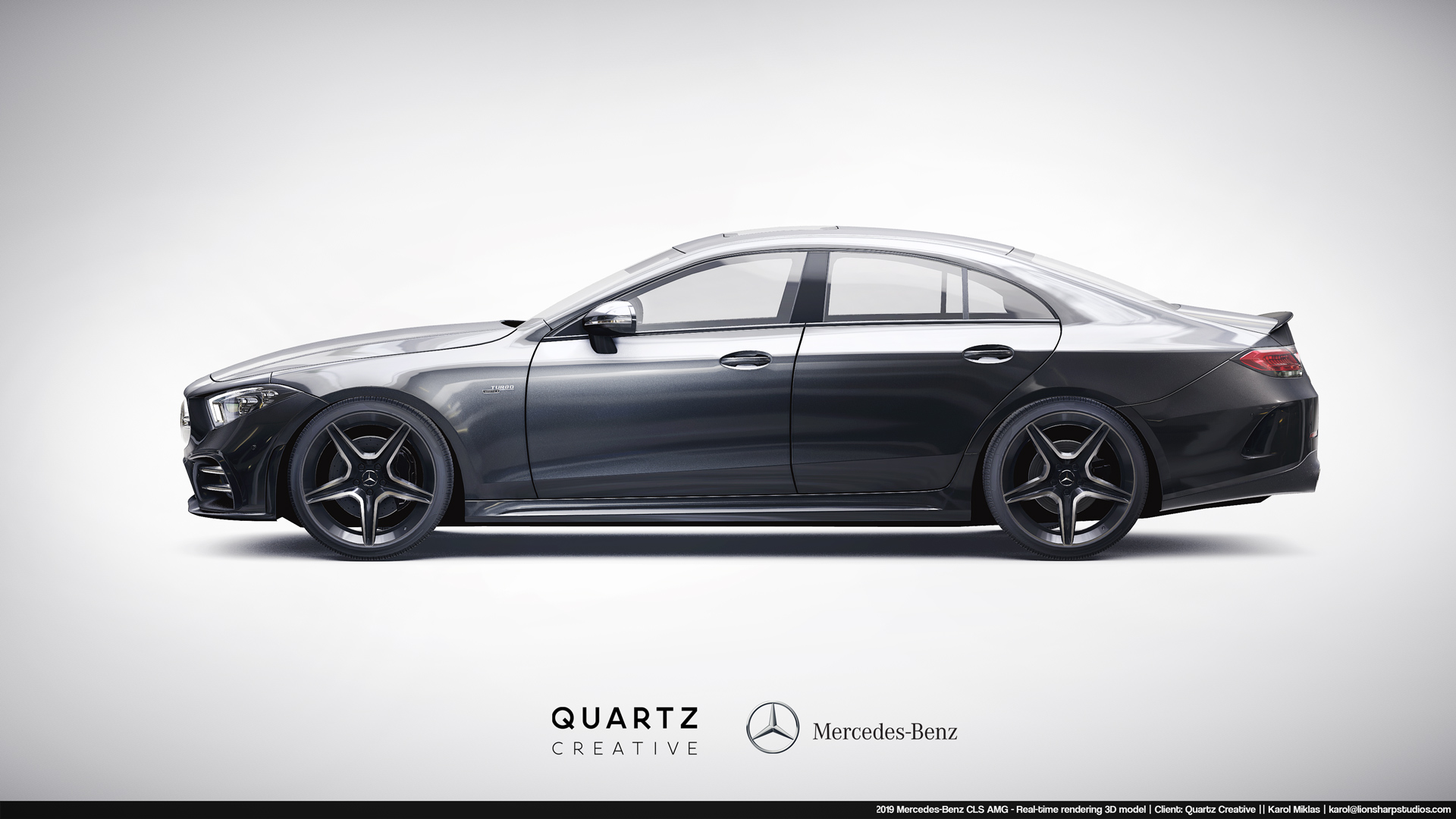 This interview is a part of a series exploring the basics of automotive design, and the people who are designing the future of human transportation. If you enjoyed this interview please consider signing up for my weekly newsletter. Thank you for supporting our efforts!
Oops! Something went wrong while submitting the form.